Another year is over, which is always an exciting time at BlueFuego. It means another year of Facebook research gets wrapped up, and we get to pull out all the best nuggets to share with our clients.  It’s always encouraging to see schools that we’ve worked with in the past year take our recommendations, apply them to their content, and succeed.  One client went from 10th worst in the nation in 2010 to 3rd best in 2011 by simply by listening to what the data and their audience was telling them.  Another client moved their engagement from the 66th percentile in the nation to 11th. The #1 school in the nation this year wasn’t even in the Top 200 last year. And nearly every other client moved among the top 10% in the nation.

What’s the biggest barrier to engaging your audience, time and time again?  You post too much.  We’ve been saying it for nearly 3 years now, at conferences, in meetings, on phone calls.  Some schools listen, others opt to continue on the path they are on.

I just had to share this data point publicly when Joe sent it over to me. It’s fascinating.

In 2010, Joe manually looked at 244,738 posts across higher ed Facebook pages and calculated the engagement on each of them. When we took engagement (using the BlueFuego Formula) and compared it to the # of posts each school was putting out per month, we saw a very strong correlation.  Simply, the more you post, the lower your average engagement will be.

Here’s what we saw after pulling out any page with more than 300 fans and at least 5 posts per month in 2010: 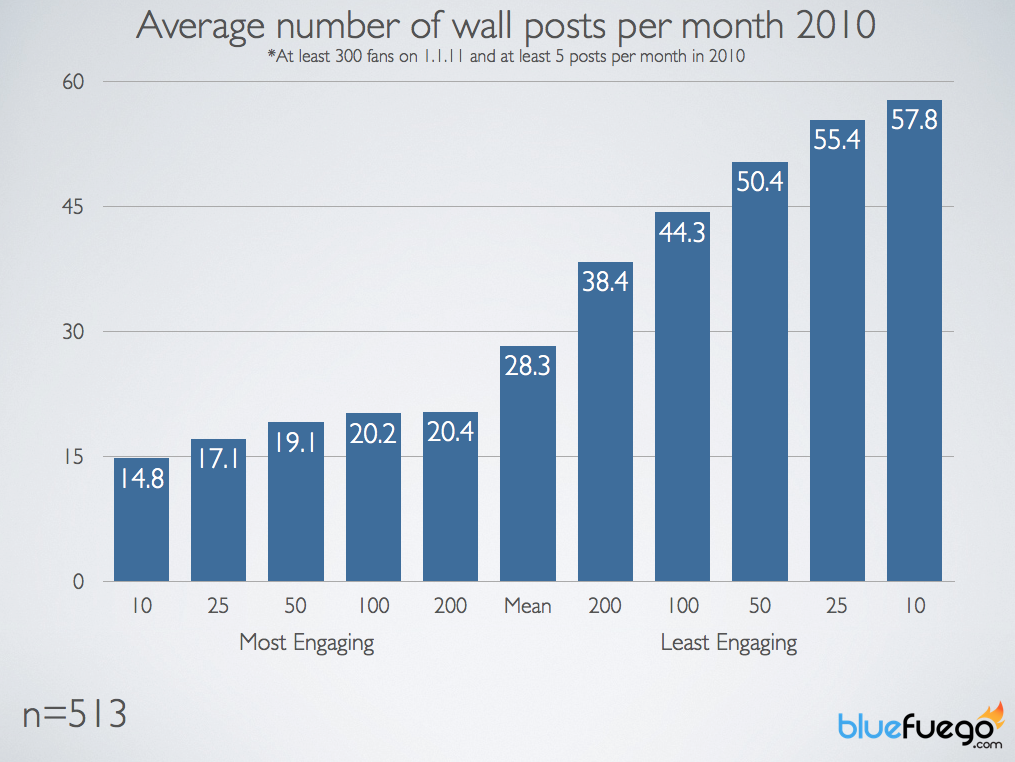 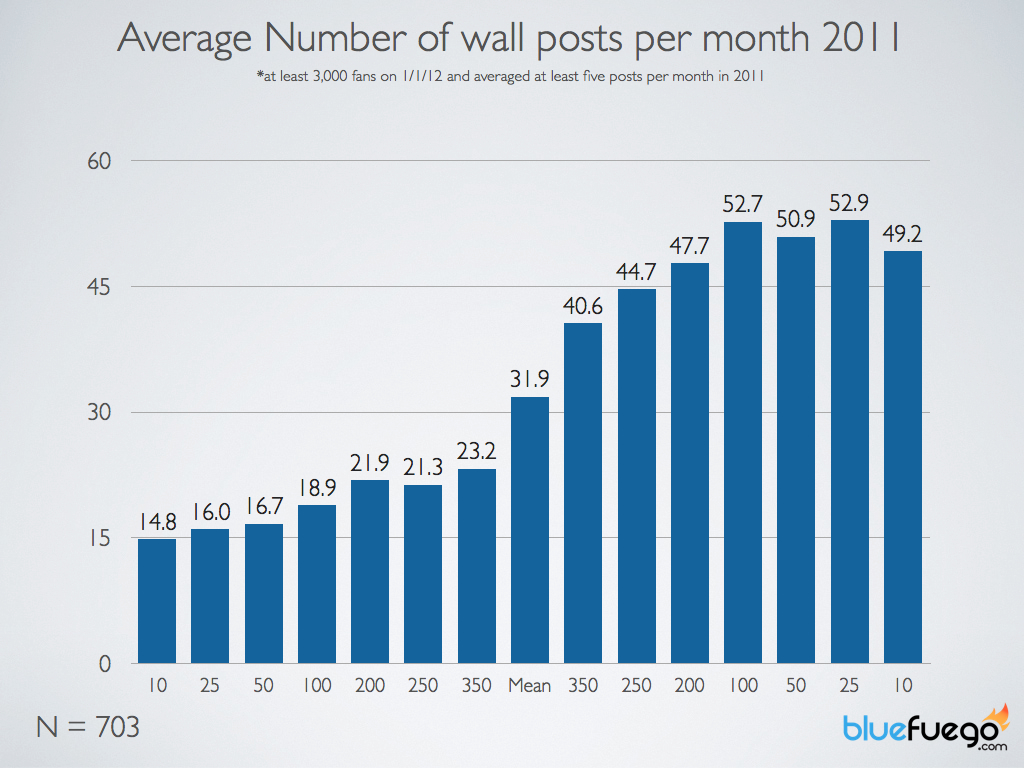 90% of the schools in the top 10 are gone, but the number remains.  And if you look across the graph, although the N has increased by 40%, it remains very consistent.  And has for nearly 3 years now. But there is one change that stands out to me.

On average, the Pages sitting in the middle 25-75th percentile increased their posts in 2011 compared to 2010.

Mediocre Pages produce mediocre content, which delivers mediocre results. Don’t waste your opportunity to build long-term relationships with your audience because you want to promote that violinist on campus tonight. Stop sharing links to press releases no one cares about.  Learn what content your audience wants and deliver. Recent Facebook changes have made it harder than ever to break through the clutter, and without good content, without using EdgeRank to your advantage, you’re going to continue on the same path of mediocrity.   Stand up, be bold, and make some changes in 2012!